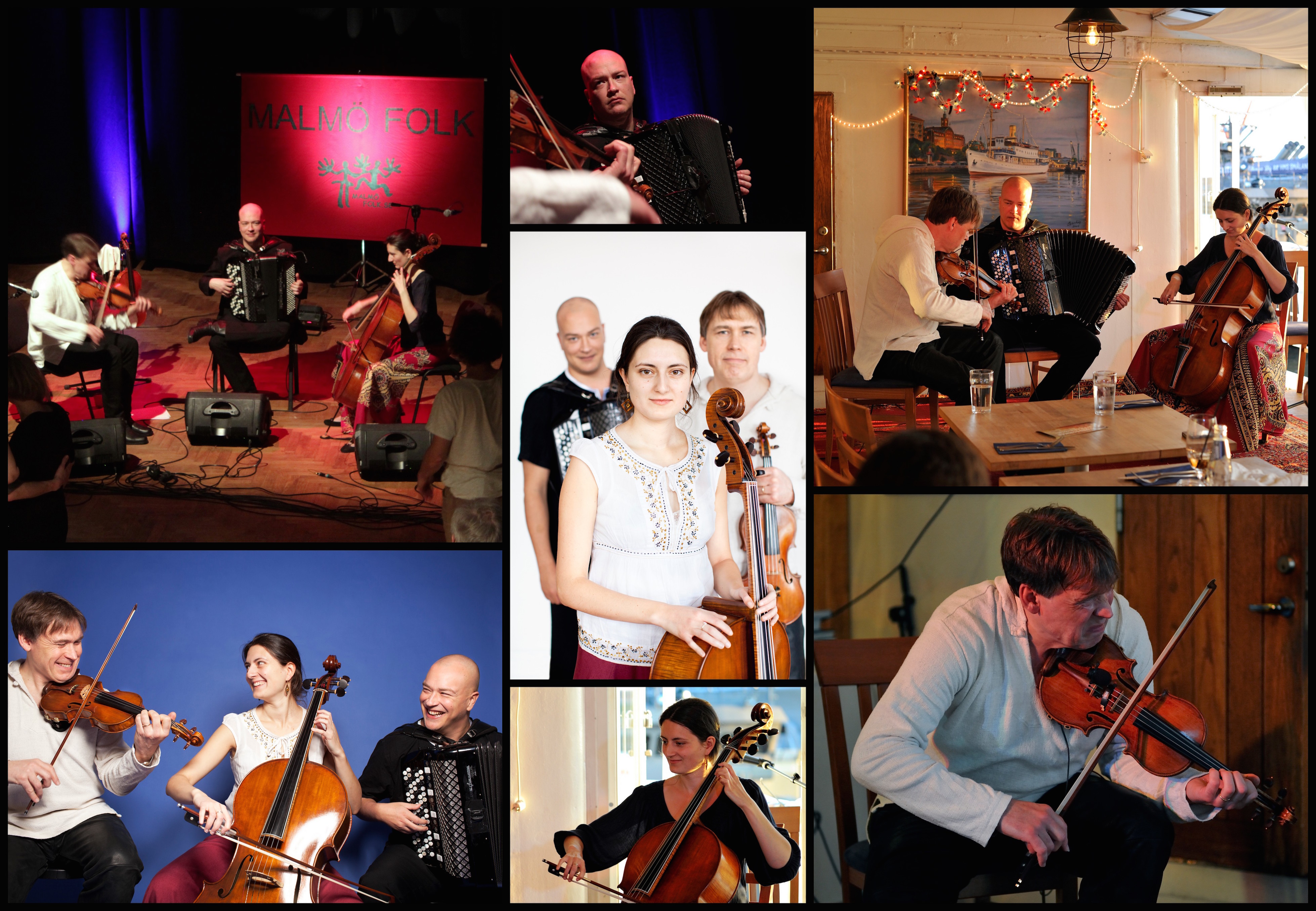 Septentrio has performed at major folk music venues throughout Sweden and Finland such as Folkmusikkaféet in Gothenburg, Folkmusikhuset in Stockholm, Malmö Folk, Kaustinen Folk Music Festival, Folklandia Cruise and Sibelius Academy. They will be on their first US Tour this summer.

Hans Kennemark is one of the most well-known fiddlers and folk musicians in Sweden. He has worked with celebrated groups like Forsmark 3, Bäsk and Nordik tree. As a composer he has contributed to the spread of Swedish folk music among a wider audience, not least in collaboration with poet and songwriter Alf Hambe. Their popular works for choir and orchestra have been played in churches throughout Scandinavia, Northern Europe and the USA. Hans is also a respected teacher of music in Sweden and Finland, currently working as a tutor at the Academy of Music and Drama in the University of Gothenburg. In 1985 he was awarded the prestigious distinction of National Swedish Fiddler (Riksspelman).

With the 5-row free-bass accordion as his main instrument, Hannu Kella is one of the best known ”new generation” Finnish folk musicians. He is the founder of Tsuumi Sound System, one of Finland’s most famous world music bands and responsible for writing a large part of the band’s musical repertoire. For over a decade Hannu has been the musical director of several dance groups including Tsuumi Dance Company. Parallel to these activities he has composed works for theatre, film and television. He is also a member of the teaching staff in the Department of Folk Music at the Sibelius Academy in Helsinki, Finland. Currently he is working as artistic director for the Fédération Internationale de Ski being responsible for the opening ceremony of the World Ski Championships to be held in Lahti 2017.

Leonor Palazzo obtained her Master’s Degree in classical cello from the Royal Conservatory of Brussels, Belgium and later added Swedish traditional music and baroque music to her skill set. Living in Sweden since 2009, she performs regularly with several groups including Ellinor & Leonor, Ensemble Bradamante and Tokso Folk String Quartet. As a freelance musician, teacher and composer, she is active in a variety of musical and cultural projects, ranging from children’s shows and theater to concert performances with New Tide Orquesta, Maria Pihl and Göteborgs Alternativa Orkester to name but a few. Leonor has performed in many European countries, Korea and the USA.

No shows booked at the moment.